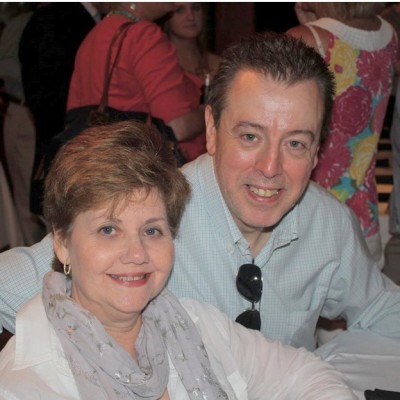 JP Ratto is a husband and wife collaborative writing team. EVERYTHING TO LOSE is the first of a three-book series featuring private investigator Lucas Holt.

Judy began writing full time six years ago. She attended Hofstra University’s Writing Intensive in the summer of 2010, and participated in a Hofstra-sponsored writing and critique group from 2009 to 2012. She has written an upper middle-grade fantasy adventure and a children’s mystery chapter book. Judy also does free-lance editing.

Pete Ratto, a former member of the U.S. Navy serving half his enlistment with the U.S. Marine Corp, is a retired corporate accountant and is now writing full time.
Both are avid readers of mysteries, thrillers and suspense. Active in a critique group made up of local authors, they enjoy discussions on all aspects of the craft of writing. Pete enjoys photography, writing and going to the beach. In her spare time, Judy paints watercolors and to her husband’s delight, cooks an occasional dinner. They have a son and a daughter, both grown and living in New York. Pete and Judy live in southern Florida with their cat, Gillian.

Books by JP Ratto
We use cookies to ensure that we give you the best experience on our website. If you continue to use this site we will assume that you are happy with it.OkRead more